On Wednesday, Ukrainian President Volodymyr Zelensky was chosen Time magazine’s Person of the Year, after being one of ten persons or organizations shortlisted earlier this week.

Since late February, Zelensky has led Ukraine in its efforts to prevent a full-scale Russian invasion of the country, establishing the country as a world leader.

He has presided over a string of triumphs in the war that have mainly stalled Russia’s advance and allowed Ukraine to reclaim conquered territory.

The Ukrainian president, who was once an actor who played the president in a television serial, has become a constant feature throughout the crisis, displaying a serious but comforting manner during repeated addresses to the Ukrainian people.

He has also functioned as Ukraine’s chief ambassador to the rest of the world, asking NATO and countries such as the United States to come to its aid in order to stop Russia’s aggression.

Other nominees on the shortlist were the United States Supreme Court, Rep. Liz Cheney (R-Wyo. ), and Tesla and Twitter CEO Elon Musk, who was voted Person of the Year last year.

Since 1927, the magazine has named its Person of the Year, formerly known as Man of the Year or Woman of the Year, to the person who has had the greatest influence on the events of the year.

When Russia first invaded Ukraine, Russian President Vladimir Putin wanted to capture the country in three or four days, but his forces were met with stiffer-than-expected opposition by Ukrainian defenders galvanized by Zelensky’s demands to fight for their country. The conflict has now lasted more than nine months.

Despite multiple Russian attacks on military and civilian targets, including the capital of Kyiv, Zelensky has remained in the country throughout the crisis. 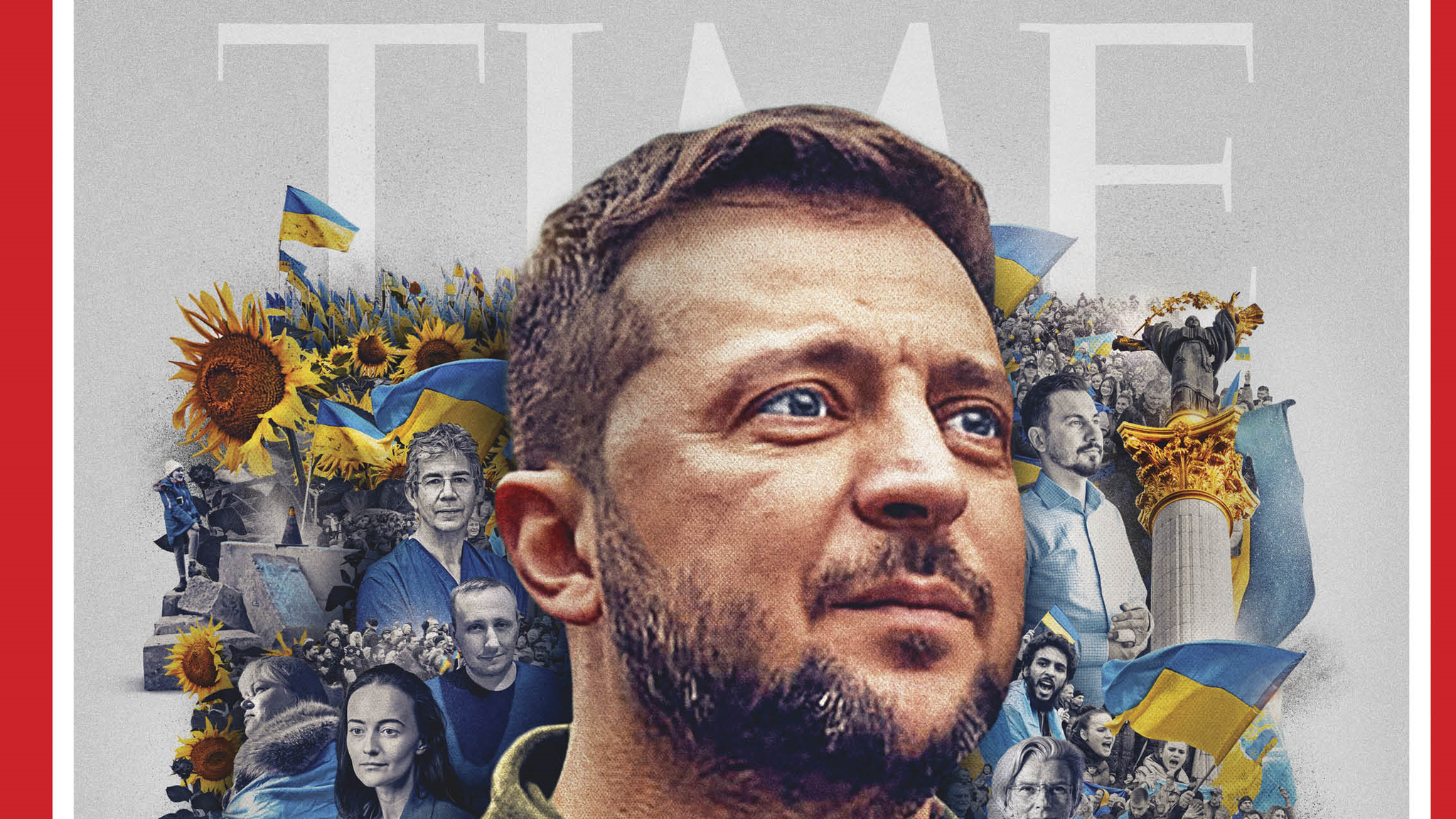 The Biden administration offered to get Zelensky out of the country in February, but he declined, instead requesting ammunition.

He has frequently underlined to the world why continuing assistance for Ukraine is required to prevent Russia from advancing, and he has called on the international community to hold Russia accountable for numerous recorded alleged war crimes and human rights violations committed by Russian soldiers.

Zelensky spoke with Time about his experiences spearheading the struggle against Ukraine. He has been likened to former British Prime Minister Winston Churchill, who rallied the United Kingdom during WWII, although Zelensky has rejected the analogy, citing Churchill’s reputation as an imperialist.

He would rather be identified with the author George Orwell, who spoke against tyranny, and the comedian Charlie Chaplin, who used humor to condemn Adolf Hitler.

“I’ve utilized the example of Charlie Chaplin, who used the weapon of information to fight Nazism during WWII,” he remarked. “You see, there were these artists who aided society because they had a large following, and their influence was frequently greater than cannon.”

Throughout the battle, Zelensky has been instrumental in refuting Russian propaganda, pointing out bogus claims of genocide in Ukraine and Russian forces liberating the Ukrainian people.

In the interview, Putin stated that Russia’s invasion is merely the latest attempt to seize control of Ukraine, but he wants to ensure that it is the last.

“I have not completed this enormous, crucial step for our country,” he explained. “Not quite yet.”