On Wednesday, a rapper from Los Angeles was sentenced to more than six years in prison for bragging about committing COVID-19 fraud in his music video.

According to the U.S. Attorney’s Office, the rapper, Fontrell Antonio Baines, 33, also known as “Nuke Bizzle,” was sentenced to 77 months in federal prison and ordered to pay $704,760 in restitution. Baines was born in Memphis, Tennessee.

Authorities claim that from July 2020 to September 2020, Baines illegally collected over $700,000 in pandemic unemployment payments administered by the California Employment Development Department.

In Baines’ music video “EDD,” the rapper is seen holding up a stack of EDD envelopes while saying he was getting rich by “going[ing] to the bank with a stack of these,” referring to the debit cards that arrived in the mail.

The rapper filled out false applications in the names of third parties and identity theft victims, as well as fabricated work histories. Officials said he included addresses in Beverly Hills and Koreatown to which he had access.

The debit cards were pre-loaded with unemployment benefits obtained through 92 fraudulent claims, totaling at least $704,760 in losses. 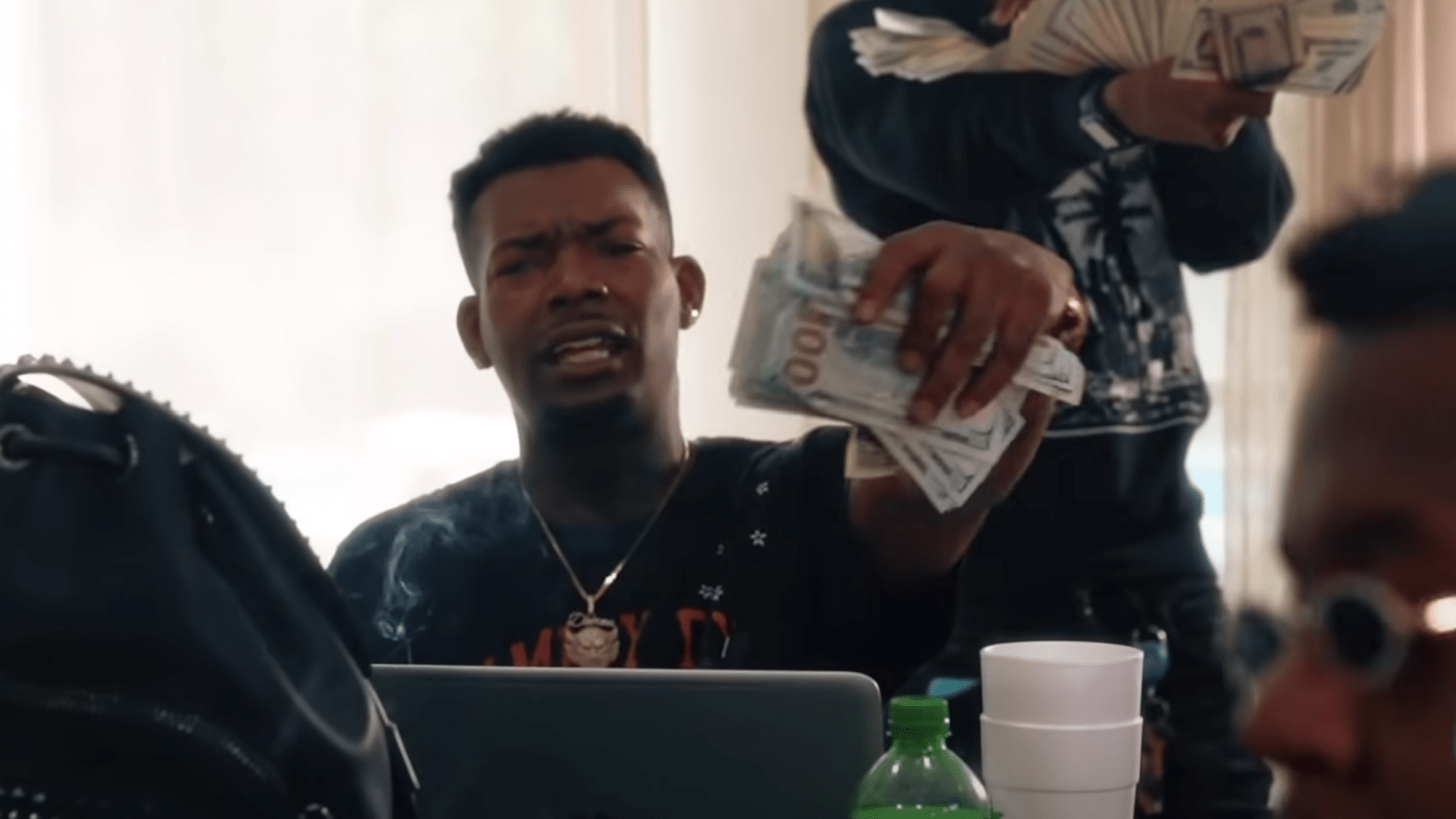 “Through his deception, Baines turned the taxpayer-funded program into ‘his personal piggybank,'” federal prosecutors said.

Aside from the EDD case, Baines’ sentencing is combined with two separate charges. He was arrested in October 2020 for illegally possessing a semi-automatic pistol and 14 rounds of ammunition discovered in his Hollywood Hills home.

In a case transferred from the Western District of Tennessee, Baines pleaded guilty on July 11 to one count of mail fraud and also on August 30 to possession of oxycodone with intent to distribute. Since October 2020, Baines has been held in federal custody.

Anyone with information about attempted fraud involving COVID-19 can contact the Department of Justice’s National Center for Disaster Fraud Hotline at 866-720-5721 or submit a complaint online using the NCDF Web Complaint Form.