First North Korean Missile Lands Off the Coast of South Korea; South Reacts With Its Own Rockets

A North Korean ballistic missile landed fewer than 60 kilometres off South Korea’s coast on Wednesday, the first time an apparent test had landed near the South’s waters, officials said, prompting South Korea to reply with missile launches of its own.

The missile landed beyond South Korean national waters but south of the Northern Limit Line (NLL), a disputed inter-Korean maritime border, in what South Korean President Yoon Suk-yeol described as an “effective act of territorial incursion.”

In response, South Korean jets launched three air-to-ground missiles into the sea north of the NLL, according to the South’s military.

Yoon’s office promised a “quick and firm response” so that North Korea “pays the price for provocation.”

According to South Korea’s Joint Chiefs of Staff (JCS), the North Korean weapon was one of three short-range ballistic missiles thrown into the sea from the North Korean coastal district of Wonsan. The JCS later stated that up to ten different types of missiles were fired from North Korea’s east and west coasts.

According to the JCS, at least one of the missiles fell 26 kilometres south of the NLL, 57 kilometres east of the South Korean city of Sokcho, and 167 kilometres from the island of Ulleung, where air raid warnings were sent. 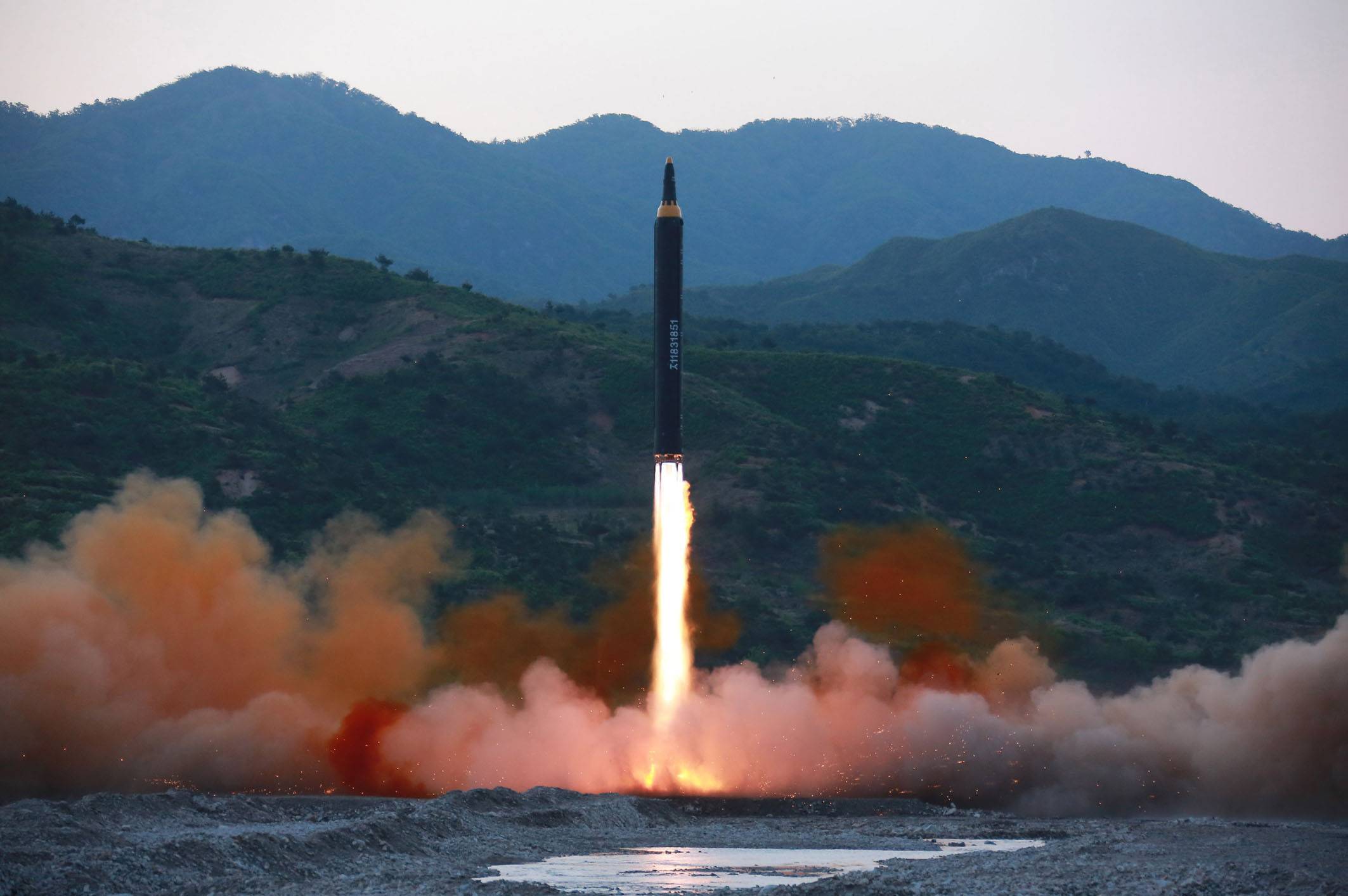 “We heard the siren about 8:55 a.m., and everyone in the building walked down to the evacuation location in the basement,” an Ulleung county official told Reuters. “We stayed there until around 9:15 when we heard the missile had fallen into the rough seas.”

A resident in the island’s south reported they had received no warnings.

Nuclear-armed North Korea has conducted a record number of missile tests this year, and Seoul and Washington authorities say the North has finished technical preparations for a nuclear weapon test for the first time since 2017.

The launches came only hours after Pyongyang urged that the US and South Korea cease large-scale military drills, claiming that such “military rashness and provocation can no longer be accepted.”

Despite Yoon’s declaration of a national week of mourning following the deaths of more than 150 people in a weekend crowd surge in Seoul, the US and South Korea began one of their largest combined military air drills on Monday.

North Korea claimed that the latest barrage of rockets was in reaction to allied training.

Pak Jong Chon, secretary of North Korea’s governing Workers’ Party’s Central Committee, said in a statement on Wednesday that the number of warplanes that participated in Vigilant Storm demonstrated that the exercise was “aggressive and provocative” and deliberately targeted North Korea. He said that even the name was inspired by the US-led Operation Desert Storm against Iraq in the 1990s.

“The hostile forces’ excessive military steps have created a dangerous scenario on the Korean peninsula,” Pak said in a statement quoted by the state news agency KCNA.

On Tuesday in Washington, U.S. State Department spokesperson Ned Price responded to North Korea’s warnings about a “powerful” response to the drills by saying Pyongyang appeared to be “reaching for another pretext for provocations it has already undertaken, potentially for provocations it may undertake in the coming days or weeks.”

He stated that the drills were “purely defensive in nature,” and that the US had made it clear to North Korea that it had no hostile intentions toward the country.

Price went on to say that the US and its allies have made it plain that resuming nuclear testing by North Korea would have “deep costs and profound implications,” calling it a “dangerous, destabilising step.” He didn’t go into detail about the effects.

Missiles Are Being Launched in ‘New Ways’

According to a South Korean military spokeswoman, authorities are investigating the launches to determine whether the missiles’ flight routes were purposeful or if one went off course.

According to JCS, this was the first time a North Korean ballistic missile had fallen near South Korean waters.

“Our military will never allow this kind of provocative move by North Korea, and will respond severely and strongly under close South Korea-US coordination,” JCS said in a news statement.

North Korea’s activities endanger the peace and stability of Japan, the region, and the international community, according to Hamada, and are completely unacceptable.

“North Korea has been repeatedly launching missiles at an unprecedented rate, in new and unexpected methods,” he said.

He noted that Japan had submitted a complaint and criticised the acts through diplomatic channels in Beijing.

North Korea Fired Another Suspected Missile Into the Sky While Negotiations With the United States Have Stagnated.

At Almost 27 Years Old, Flossie the Cat is the Oldest Living Cat in the World

As Tensions Between the U.S. And China Rise, China Will Keep Using Aggressive…